Clerk Broerman refused to be served a Petition from the candidates.
Ashe Epp 8/2/22
Join the Community

Welcome back to the show, readers. All eyes in the nation should be on El Paso County, Colorado, right now. I can barely keep up, and I live 30 minutes away with dozens of sources on the ground. Here’s the latest.

The case alleges inflated costs and what amounts to, in my words not that of the filing, double (triple, quadruple…up to whatever eight is) dipping on recount costs. Given what I observed yesterday, this is both logical and accurate (see what I did there?)

stop, collaborate, and listen
The filing is 27 pages, and alleges price gouging (again, my words) as well as the statute violations we’ve been talking about since Friday (and others we didn’t get to yet), as well as a summary of the overwhelming evidence for abolishing electronic voting systems forever. You know, like France and Germany. “Let’s be more like Europe!”

You can read the full filing here. In case you’re short on time, the candidates are asking the Court to issue an order to:

Broerman refused to be served, and the papers sat on the floor of his hallway all day. They were still there when the candidates left. Not touching the papers doesn’t make them cease to exist, Chuck. 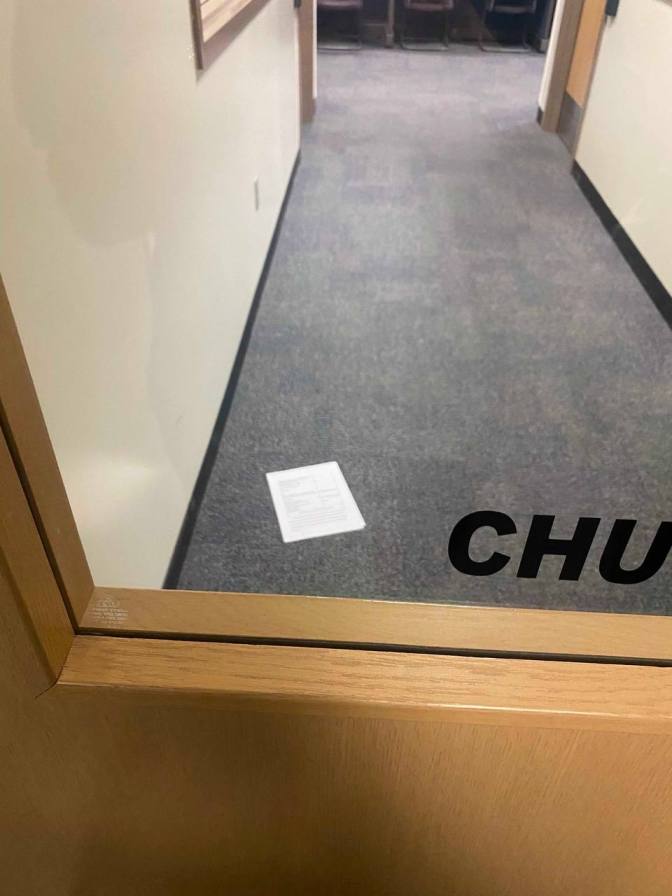 Although a hand recount is not part of the “prayer for relief,” the candidates are asking that the court order that to be the manner of the recount.  And after the clown show of the last four days, a hand count is most definitely warranted – not just because of the disaster this gold standard effort has been so far, but because this filing set off a firestorm of events today.

everybody wants to rule the world
For the two and a half days of logic and accuracy testing and the half day of ballot counting, the environment was respectful, instructive, and collaborative.

Today, the fourth day of the recount in El Paso, was supposed to begin at 9AM. The Canvass Judges (one from each party) hadn’t arrived until around 9:15AM, and then the judges got into position at their stations. The candidates and observers were allowed in around 9:25AM.

According to several of the candidates, counting didn’t commence until Caleb Thornton, Secretary of State Counsel, and Angie Leath, EPC Elections Director, made an announcement:
Effective immediately, candidates and watchers are no longer allowed to ask any questions, request any information, or interact in any way with the elections staff or any judge. You must “request information or ask questions through your attorney to the county attorney.

Following the announcement, State Senate candidate Lynda Zamora Wilson asked Thornton what rule he was referring to when making this change, and the response he provided was, “We are in litigation.”

Remember, Thornton is Griswold’s attorney, not the County attorney. He’s the one (whose state puppet master is) calling the shots.

The three candidates in the room paid over $20,000 each to conduct this recount – plus El Paso’s cut of Tina’s quarter million. The recount is proceeding for now, but the candidates paying for it are not allowed to engage in the process beyond standing silently and observing. Relegated to petulant children, seen and not heard, simply for exercising their rights and challenging in court what they view as credible violations of the law.

he’s a real nowhere man
Yesterday, during tabulation, some of the tabulators needed to be cleaned or have jams cleared, but this wasn’t enough to draw our attention. Today, however, the machines were throwing tantrums.

It’s estimated by observers that there were between 20 and 30 paper jams across all tabulators today. Peter Lupia recalled from his notes, every tabulator was cleaned at least twice and jammed at least twice. Three tabulators had chronic issues: T40, T70, and T80. You’ll remember Tabulator 80 from the videos in my post yesterday.

This is the tabulator with the masked Election Judge filling in batch labels from June 23. It’s my favorite Tabulator. I named her Tabby. Don’t get too attached, Tabby’s story doesn’t end well.

According to at least five people witnessing inside and outside of the counting room, around 2:40PM the T80 Election Judge was called over to speak with the Canvass Board Judges and Elections Director Leath. He returned to his desk and then shortly had another private conference before leaving the counting center.

According to Peter Lupia, he was relieved of his duties, but Lupia wasn’t clear on what led to him being relieved. According to candidates and watchers who interacted with him, he was rude and was obstructing his workstation from the view of those watching (those who paid for the recount that is paying for his time). This is all speculation of those who observed or interacted with him, as none of us were invited to his exit interview.

blind the wind
The fact that the candidates weren’t told why this Election Judge was removed from his duties – after which Tabby was shut down and excluded from the rest of the day’s counting – is egregious. But the reality is, they weren’t told anything. That Thornton runs a tight ship. Jena must be proud.

If you want to know how the recount is going today, you have to guess.

Here is my best estimated guess based on information from the incredible patriots who are giving of their time, talents, and treasure to conduct this recount and document it for the People:

It’s interesting that their hourly rate of counting improved today despite an increased number of jams and cleanings and issues – and taking Tabby out of the game before 3PM.

everything is awesome
Counting completed around 5:20PM and, for the next hour, the county conducted the batch sheet review to finalize the batch report. The purpose of this is to show discrepancies between original count and recount. This is a hand tally of batch sheets by the election workers.

No discrepancies were reported at the end of the night, from any tabulator at all. A matched B in every instance.

I guess we can all go home?

The recount in El Paso is scheduled to continue through Thursday. I have no information on the status of the petition or any scheduled hearing.

When I know it, you’ll know it. Stay tuned.

Way too many people contributed to this report for me to name them all, and many of them don't want to be named. Huge thanks!

Want to hear more from me? Tune into @conservativedaily, 10MT/12ET every Monday through Friday, on LindellTV, Rumble and everywhere else you get your podcasts! Text "Freedom" to 89517 to get my daily story and call to action to fax Congress with your daily redress of grievances!

If you’re not yet in the fight to save America, why not? Get involved locally in your community today.

GET IN THE GAP WITH US! Recapping What We Told Congress This Week

"the high ballot rejection rate means the machines are working"

Fax Congress: To honor your oath, you must abolish speech codes, remove 230 protections, and restore

GET IN THE GAP WITH US! Recapping What We Told Congress This Week