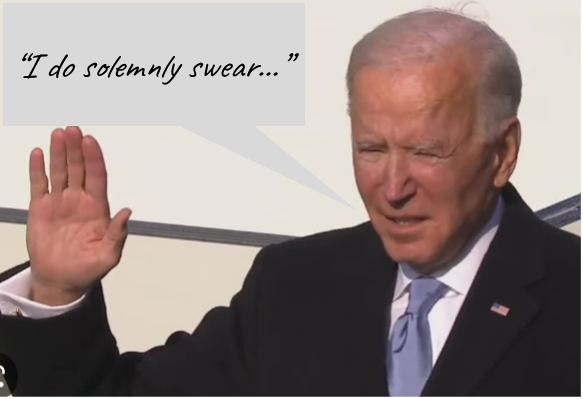 It’s been quite the week, and we all need to pause and look around.

The midterm elections aren’t yet called, but two distinct camps of rhetoric have emerged. There is a group talking about the midterms being a referendum on American populism, on MAGA. This camp includes conservative pundits and the White House, all parroting the same false narrative.

The second camp is smaller, declaring the obvious: The “Night of the Incumbent” was a farce. It defies logic, and it cannot be allowed to stand.

This moment is a blessing, one of those rare moments when time almost stands still and a discerning mind can see things clearly.

People are very clearly showing you who they are.

Here is today’s letter to Congress.

We the People sat by as YOU, the Congress, spent millions of taxpayer dollars investigating a sitting US President for the fraudulent premise that is now known as “RussiaGate.”

Once that effort failed, we watched as YOU, the Congress, spent millions of taxpayer dollars to impeach a sitting US President based on speculations and fabrications about a phone call with Ukraine.

Then we watched as YOU, the Congress, spent millions of taxpayer dollars to “investigate” the “insurrection” hoax of January 6, 2021.

In all of these phony investigations, we have watched you create narratives that are then parroted by your government media partners and presented as truth.

At the same time, we watch you completely ignore the damning evidence of election fraud, all across our great nation. We watch you ignore and, in some cases, actively suppress the smoking gun evidence of treasonous crimes on the Biden laptop. And we watch you enable this illegitimate administration and a cover for their crimes.

“Let not any one pacify his conscience by the delusion that he can do no harm if he takes no part, and forms no opinion. Bad men need nothing more to compass their ends, than that good men should look on and do nothing. He is not a good man who, without a protest, allows wrong to be committed in his name, and with the means which he helps to supply, because he will not trouble himself to use his mind on the subject.” John Stuart Mill, 1867

The time for investigations is over. The new congress must impeach and remove Joe Biden for his well documented crimes, then prosecute the entire network of corruption.

More is being revealed every day as the American people bring together their incredible talents to expose this massive crime and, worse, its cover up.

We won’t stop until the truth is revealed, the lies are exposed, and the criminals who stole the will of the American People are brought to justice. Your silence is revealing.