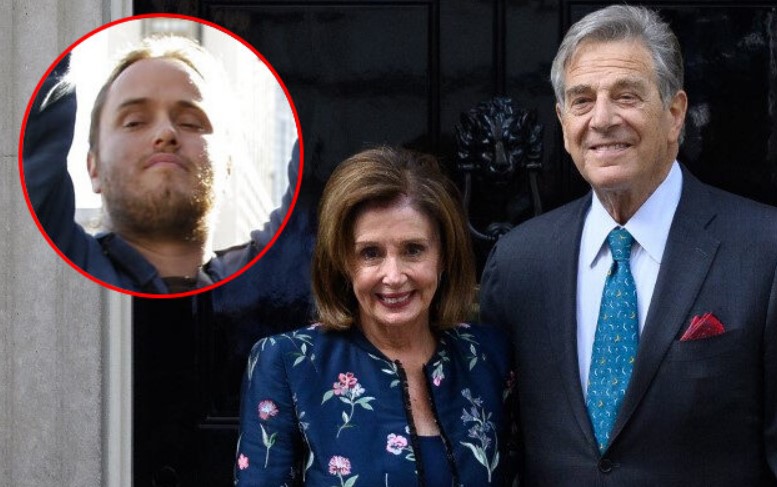 Everyone here at Conservative Daily is praying that Paul Pelosi has a speedy recovery from his intimate, alleged attack by David DePape on Friday. Violence is never the answer, and we unequivocally condemn this violence. Additionally, we condemn the ongoing media malpractice of pushing a narrative that is disassociated from reality.

A week ago, on Monday, a volunteer for Sen. Marco Rubio (R-FL) was brutally attacked while canvassing for the candidate. According to Breitbart, the attack left him "with a broken jaw and internal bleeding…four individuals attacked the canvasser, allegedly telling him that Republicans were not allowed in their neighborhood. The man, who will also require facial reconstruction surgery, was wearing a shirt supporting Rubio and hat supporting Gov. Ron DeSantis.”
Rubio tweeted: “Last night one of our canvassers wearing my T-shirt and a DeSantis hat was brutally attacked by 4 animals who told him Republicans weren’t allowed in their neighborhood in #Hialeah #Florida”
The news quickly retreated from the headlines in fear that it would hurt Rubio's opponent, Val Demmings of Impeachment Sham #1 fame.
Then on Friday, Paul Pelosi was allegedly attacked with a hammer by a MAGA extremist running around the house screaming, "Where's Nancy?"
According to SFPD Chief Bill Scott, "At this time, the officers remained outside of the threshold of the home. And they observed Mr. Pelosi and Mr. DePape, each with one hand on a single hammer. It was one hammer that the officers observed. Officers, while still outside of the doorway threshold, gave commands to both men to drop the hammer. Mr. DePape immediately pulled the hammer away from Mr. Pelosi and violently attacked him with the hammer. The officers immediately entered, tackled the suspect, disarmed him, then took the hammer away from him and took the suspect, Mr. DePape, into custody."
This story is still in the headlines, though the facts are muddled and the "MAGA guy hammered Paul Pelosi" narrative is quickly falling apart. the whole world knows it is nonsense, but Democrats are on this morning's Sunday shows to continue spreading the "MAGA guy hammers Pelosi" narrative.
Amy Klobuchar, the failed presidential candidate who was an election denier before it was considered a forbidden terrorism offense to question the outcome of elections, #killchain, was on Meet the Press this morning pushing the narrative.
The White House has asked everyone to respect the privacy of the Pelosi family -- while they send out their surrogates to carry the false narrative.
This as real political violence, the four-on-one attack against the Rubio volunteer, has been forgotten. It's shameful and unacceptable.
Yesterday we posed several questions, and we now have answers to some of them:
Did DePape arrive naked or disrobe in the Pelosi’s home? It's now be reported that both men were in their underwear.
Did DePape cut or otherwise injure himself breaking the window or climbing through it? It's now being reported that there was no sign of forced entry and that he was let into the home.
Had DePape been to the Pelosi’s home before? Still unanswered
Where did the hammer come from? Is it Pelosi’s or DePape’s?  Still unanswered
Where was the “anti-government” manifesto found? Still unanswered
Were either parties to the attack intoxicated? Still unanswered
What was the nature of Pelosi and DePape’s relationship? Still unanswered, but uncensored Twitter has some ideas.
As new facts come to light, we have more questions:
Who called for the wellness check on Paul Pelosi?
Who is the unknown third party that let police into the home?
Who opened the security gate for the attacker?
Everyone has a right to feel safe and secure in the home, and certainly Mr. Pelosi did not deserve such a violent attack. Again, we are praying for his full recovery.
But when such an attack is quickly used to demonize the political opposition of the victim’s wife – in contradiction to and through the suppression of material facts to the case – we have a journalistic duty to report the truth.
Those surrounding the Pelosi family have chosen to politicize this horrific attack, and that needs to be countered. Additionally, given the power dynamics at play, we must demand complete transparency for the American People.
_______________

Here is today’s letter to congress.

We the People are praying for Paul Pelosi’s recovery. But we hear politicians politicizing the event and attempting to link a nudist friend of the Pelosi family to Republicans, and we are disgusted.

Everyone has a right to feel safe and secure in the home, and certainly Mr. Pelosi did not deserve such a violent attack. Again, we are praying for his full recovery. We are also praying for the recovery of Marco Rubio's campaign volunteer who was brutally attack for his political identity.

But when such an attack is quickly used to demonize the political opposition of the victim’s wife – in contradiction to and through the suppression of material facts to the case – YOU have a duty of transparency.

Given that the President and Democrat Party are actively trying to link this attacker to their political opposition, the police body camera footage and all government documents surrounding the event must be disclosed to the public.

Those surrounding the Pelosi family have chosen to politicize this horrific attack. Given the power dynamics at play – that two of three most powerful politicians in America are running with the “alt-right attacker” narrative, we demand complete transparency for the American People.

It was just a few months ago that the American People were lied to – by the government, law enforcement and the media – about Paul Pelsoi’s DUI. Given that this new attack is being used for political advantage, you have a duty to tell the people the truth.