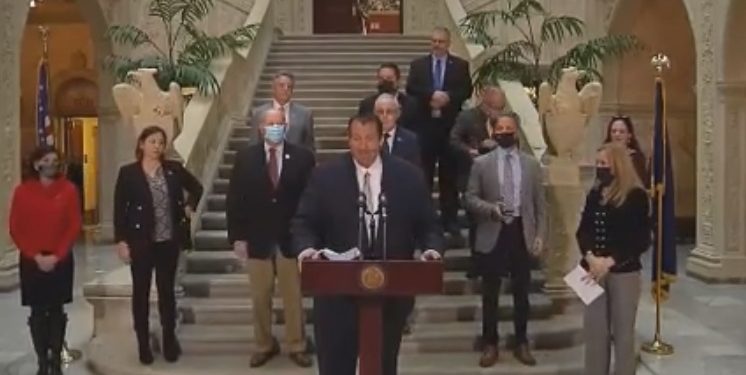 Dominion Voting Systems refused to show up for a Pennsylvania State Legislature hearing, setting the stage for the Pennsylvania Legislature to refuse to certify the election results. Yesterday, Trump also called state legislators from Michigan to the White House to strategize.

If these states refuse to certify, or if the Legislature chooses Trump's electors instead, then it will be up to Congress to decide which candidate won the 2020 election.

Republicans, however, are already giving up. Mitt Romney is ordering Trump to give up and stop fighting. GOPers like Lamar Alexander are telling Trump to begin the transition of power and to give up the court fights.

The GOP cannot be trusted to hold the line. Only YOU can hold their feet to the fire and force them to fight back against the Democrat machine trying to steal this election!

Stop the steal! Quickly, you must send your urgent FaxBlast to Congress and FORCE them to block these fraudulent results from being certified until a full audit and investigation of the election irregularities and fraud allegations is completed!