In a first of many October “Surprises,” Biden is attempting to shore up support for his party by making sweeping Marijuana pardons and recalibrating the controversial substance’s federal classification.

The nation appears to support this move, with a new Morning Consult poll – released today – finding, “60% of U.S. voters say marijuana use should be made legal in the United States, compared with 27% who say it should not be.”

While the American Right is divided on the degrees to which the federal government should play a role in cannabis policy and enforcement, most on the Right agree this issue is an immaterial debate in our current socio-political environment.

In other words, there is an unspoken agreement driving the tenuous coalition of conservatives, libertarians, constitutionalists, independents – and even some Republicans – that we need to first shore up the Constitution, and we can debate marijuana policy later.

But it’s October in an election year. Biden obviously sees sweeping federal marijuana reforms via executive order as a winning issue for Democrats:

“Today, I am announcing three steps that I am taking to end this failed approach.

First, I am announcing a pardon of all prior Federal offenses of simple possession of marijuana.

Third, I am asking the Secretary of Health and Human Services and the Attorney General to initiate the administrative process to review expeditiously how marijuana is scheduled under federal law.  Federal law currently classifies marijuana in Schedule I of the Controlled Substances Act, the classification meant for the most dangerous substances.  This is the same schedule as for heroin and LSD, and even higher than the classification of fentanyl and methamphetamine – the drugs that are driving our overdose epidemic.

Finally, even as federal and state regulation of marijuana changes, important limitations on trafficking, marketing, and under-age sales should stay in place.”

Taking the Morning Consult Poll at face value – and its release on the same day as the executive actions were announced calls that value very much into question – these actions are likely to win Democrats some votes outside of their base in November.

Still, support for the issue doesn’t equate to this being a determinative issue for most voters, who still overwhelmingly at 38%, according to Gallup, see the economy as their most important problem. Of non-economic problems, the leading answer was government / poor leadership (22%). 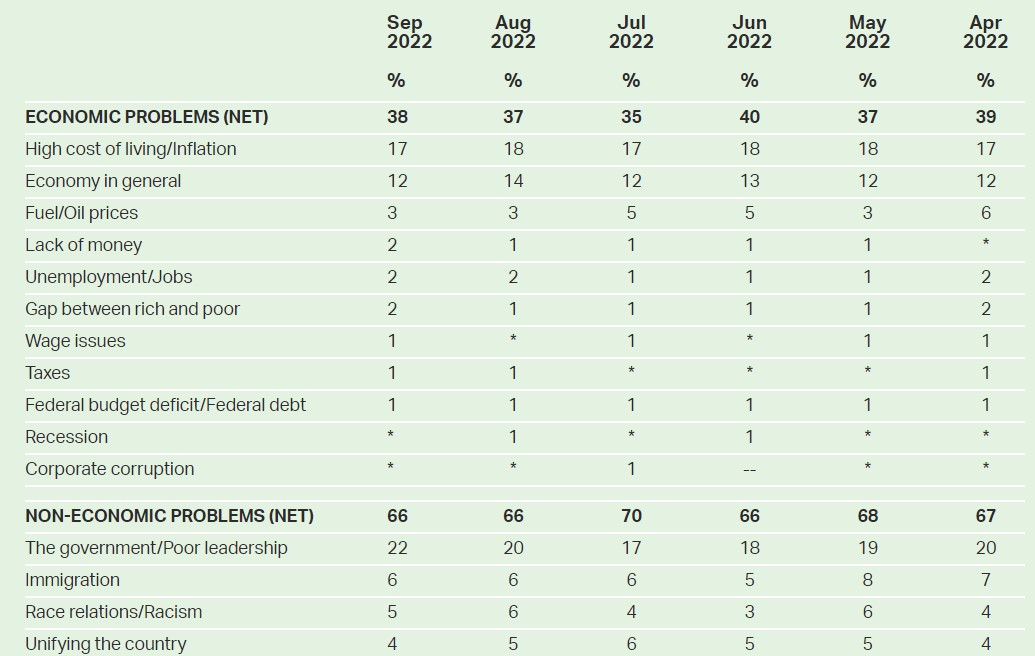 The same report shows an 11 point spread in favor of Republicans when it comes to which party voters trust to fix their problems.

That said, all of the mainstream media is now reporting that Democrats are polling better than Republicans for November 8.

Regardless, these pardons and reforms will be used to fortify the narrative that abortion and “inflation reduction” are reasons Democrats will outperform expectations on election night.

Greater Magistrates, Join us in the Gap: Americans Peacefully Standing for Arizona

MUST READ! Congressional Accomplishments in 2022